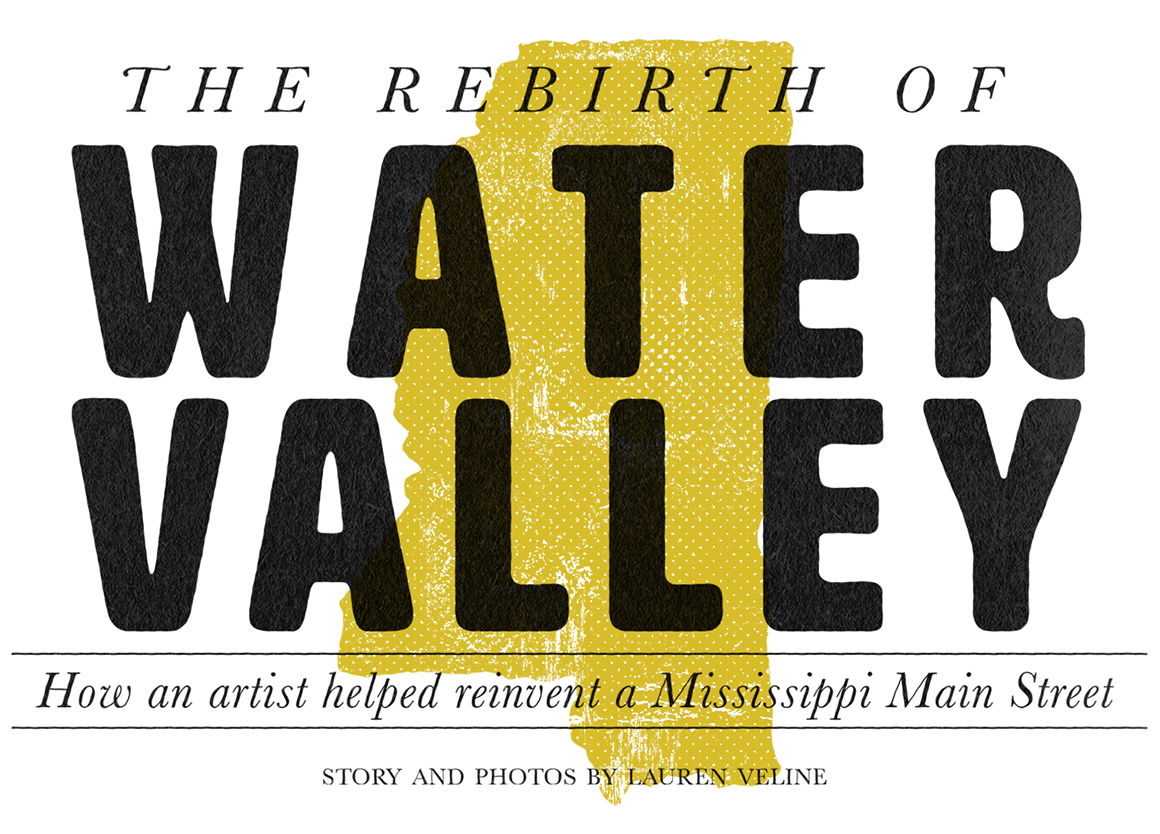 This documentary project, by Southern Studies graduate student Lauren Veline, was completed as part of David Wharton’s documentary fieldwork class in the fall of 2015. Below, a sampling of Veline’s fieldwork, with a link to the complete project.

In July, I would have never guessed that I was about to fall in love with a little town called Water Valley, Mississippi. At that point, I was living back at my parents’ house in Summerville, South Carolina and had spent a grand total of three days in the state of Mississippi. But through an unexpected sequence of events, I got my first taste of the conundrum of Water Valley before I ever left Summerville.

I had a routine dentist appointment at the end of the month, but my usual hygienist was on vacation, so I was booked with a young woman named Sunshine instead. When I sat down in the chair, Sunshine asked me what I had been up to this summer. I explained to her that I had been accepted into a graduate program at the University of Mississippi and would be moving there in a few days. “That’s in Oxford, right?” she asked, “I have family around there, in Water Valley.” The world really can be such a small place sometimes. I told her that I had just found out that I would be starting an internship at an art gallery in Water Valley as soon as I moved. She seemed very confused by the prospect of an art gallery in the town; she told me that she hadn’t been out there in a few years, but she remembered Water Valley being a tiny, old town with nothing much besides a Piggly Wiggly and a Watermelon Festival. I started to wonder what I had signed myself up for.

As it turns out, a lot can happen to a town over just a few years. Water Valley still has the Piggly Wiggly and Watermelon Festival that Sunshine remembered, but it also has a lot more. It has a thriving Main Street with not one, but two art galleries, an avant-garde textile shop, an old-fashioned grocery store-slash-delectable café, a vintage shop run by a couple of rock n’ rollers, and the first microbrewery in northwest Mississippi. It’s attracting new residents, new businesses, and new visitors. It’s getting attention from influential national publications, for good or for bad. In 2015, it looks like Water Valley has a new groove.

But less than a decade ago, Water Valley didn’t have much groove at all. The town is located in the hills of northwest Mississippi, about 25 minutes outside of Oxford. It had once been a hub of the Illinois Central Railroad in the late nineteenth and early twentieth centuries, but as the railroad left, much of the towns’ prosperity left with it. It seemed like the town was well past its prime. The historic Main Street, once the center of commerce in Yalobusha County, was plagued with empty storefronts and had nearly fallen into a state of disrepair. To someone casually passing through, Water Valley might have looked like a town on the brink of economic collapse at worst, or doomed to a depressing homeostasis at best. But by the end of the 2008, Water Valley was poised for an unprecedented revival thanks to an influx of creative and determined new residents earlier in the decade. Among the new residents that are credited with kick-starting the Water Valley renaissance was artist Coulter Fussell, who relocated from Oxford to Water Valley in 2004 with her husband Amos Harvey.